What are bounces, how to handle them, and how to resend to bounced prospects

Written by Preena Francis
Updated over a week ago

Email bounces are inevitable when cold emailing. But, first.

If your email did not go through to your intended recipient, an email server would generate a message back to you indicating the failure.

What causes emails to bounce?

Some common reasons for bounces are:

Identifying the reason for failure

Open the bounce message, and you will most likely see the reason for failure. While most bounce messages will start by saying the email failed to send, there will be a more specific reason later in the email.

If Klenty detects a bounce message for a prospect you have emailed, the Prospect is marked as bounced and stopped from receiving any more emails. This mechanism prevents multiple bounces for the same Prospect, which can cause deliverability issues.

Can you email a bounced prospect or add them to a Cadence?

Yes, you can email a bounced prospect again. We recommend that you read the bounce message to understand why the failure happened to prevent the email from bouncing again.

Editing the email address for a bounced prospect -

1. Search for the Prospect in your Prospects dashboard in Klenty.

2. Click on the Prospect's name to open Prospect Details. Replace the email id with the updated address and click on Save. 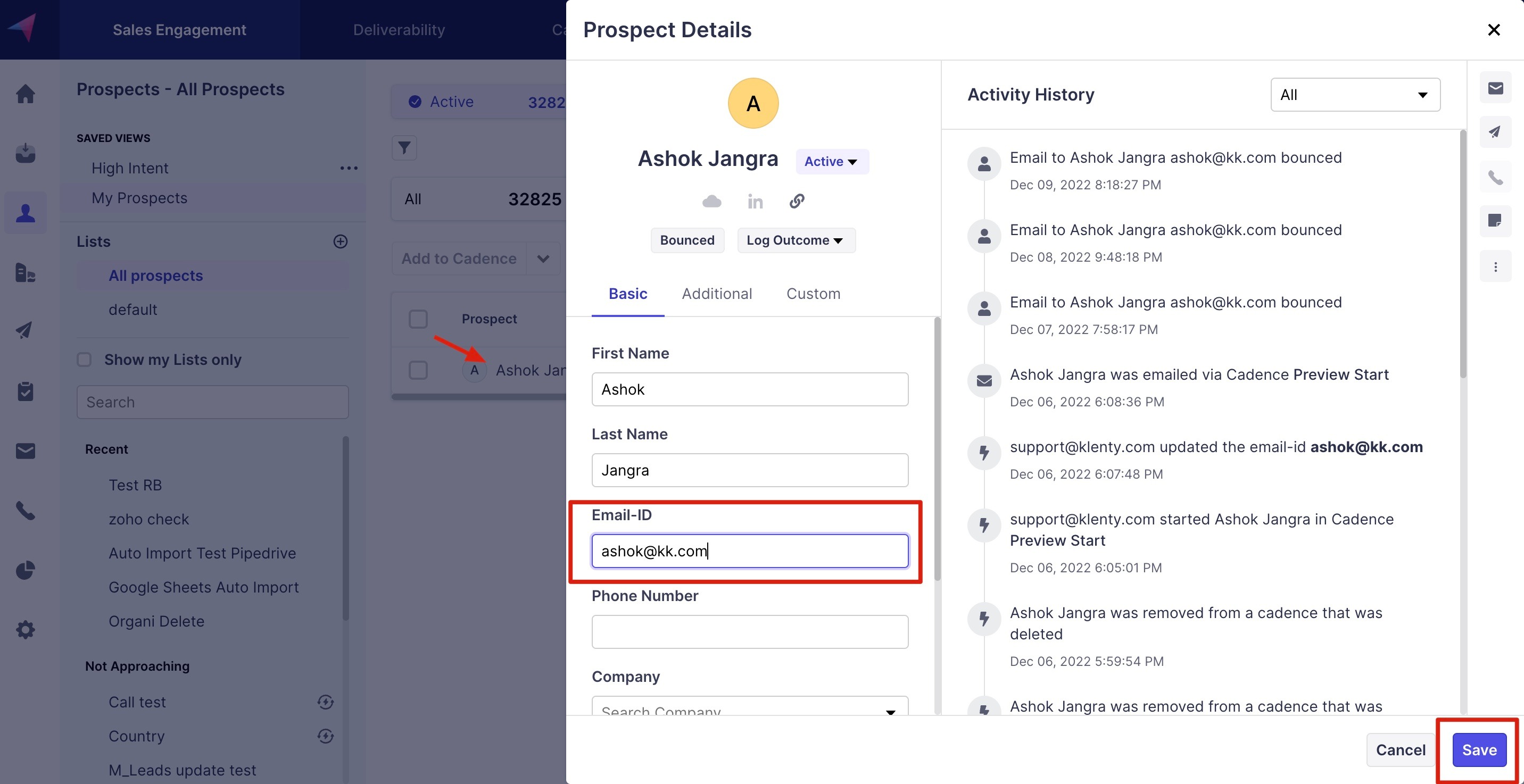 If the Cadence was stopped for the Prospect when the email bounced, you could add them to the Cadence again, which will start them from the first step of the Cadence.