All Collections
Advanced Functionality
How do "Lists" work in Klenty?

How do "Lists" work in Klenty?

Use "Lists" to organize your prospects in Klenty. Create dynamic lists to classify prospects based on specific criteria.

Written by Bala Sindhuja
Updated over a week ago

Create "Lists" in Klenty to quickly search for the set of prospects you'd like to start in a cadence. You can filter prospects based on the "List" name and selectively add them to a cadence.

Creating Dynamic Lists based on a Custom Field:

With dynamic lists, you can automatically create a list of prospects with a specific criterion. This criterion can be a custom field such as country, job title, industry, etc.

For example, let's say you have a list of 50 prospects from 5 different countries. If you choose "Country" as the criterion while creating the list, Klenty will automatically create 5 different lists with the names of the countries - all the prospects that belong to a specific country will be assigned to that "Country" list.

Choose the "Custom Field" as the criterion.

On hitting "Start Import", Klenty will create dynamic lists based on the criterion you chose. You can find these lists from the "Prospect Lists" page.

Filtering prospects based on the Lists:

You can filter prospects based on the "List" name from the Prospects page and start them in a cadence - like this: 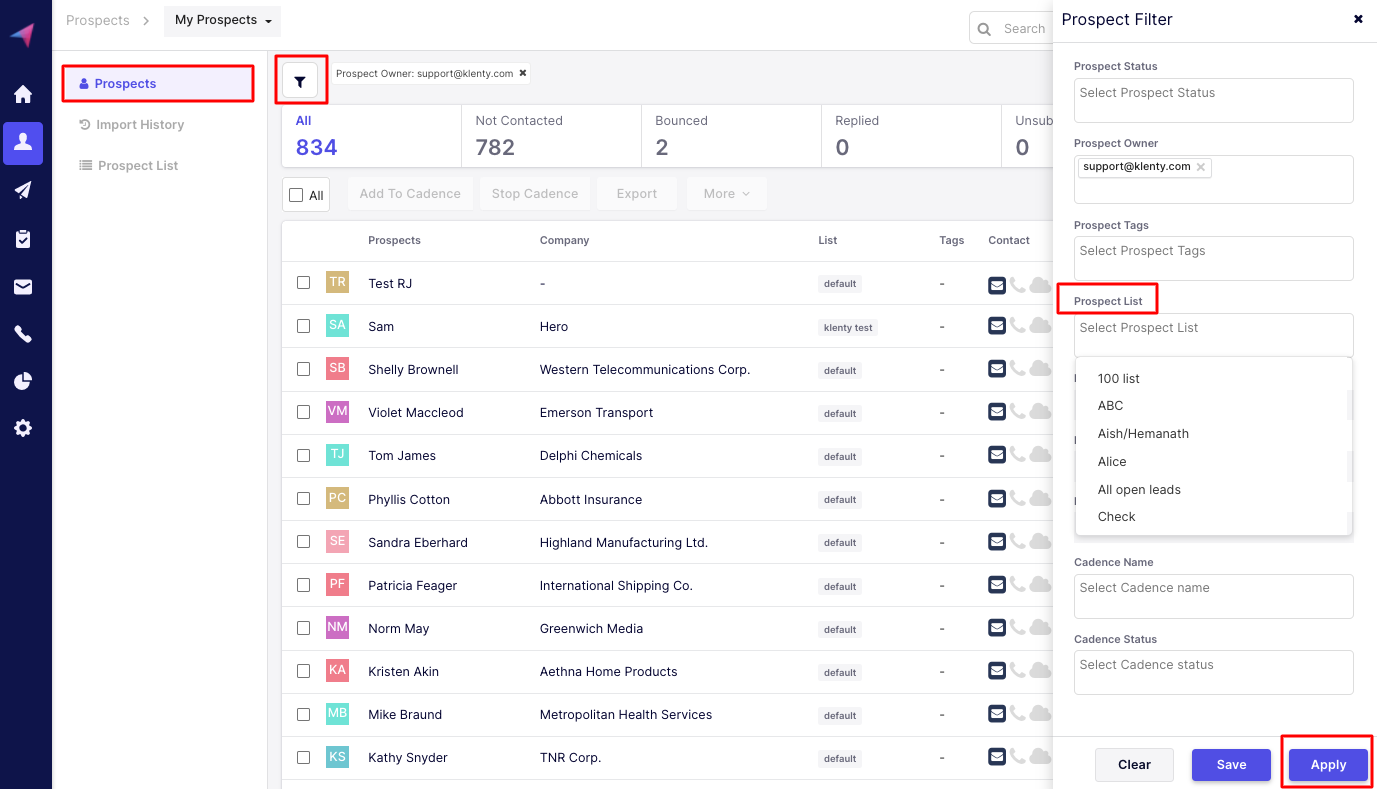