Written by Preena Francis
Updated over a week ago

If you have a list of prospects who unsubscribed from campaigns previously, here's how you can import them to Klenty and ensure that you never email them.

There are two steps here:

While importing, make sure you give a list name in Klenty and hit "Start Import." Klenty will now assign all your unsubscribed prospects to this list.

Here's a sample screenshot to help: 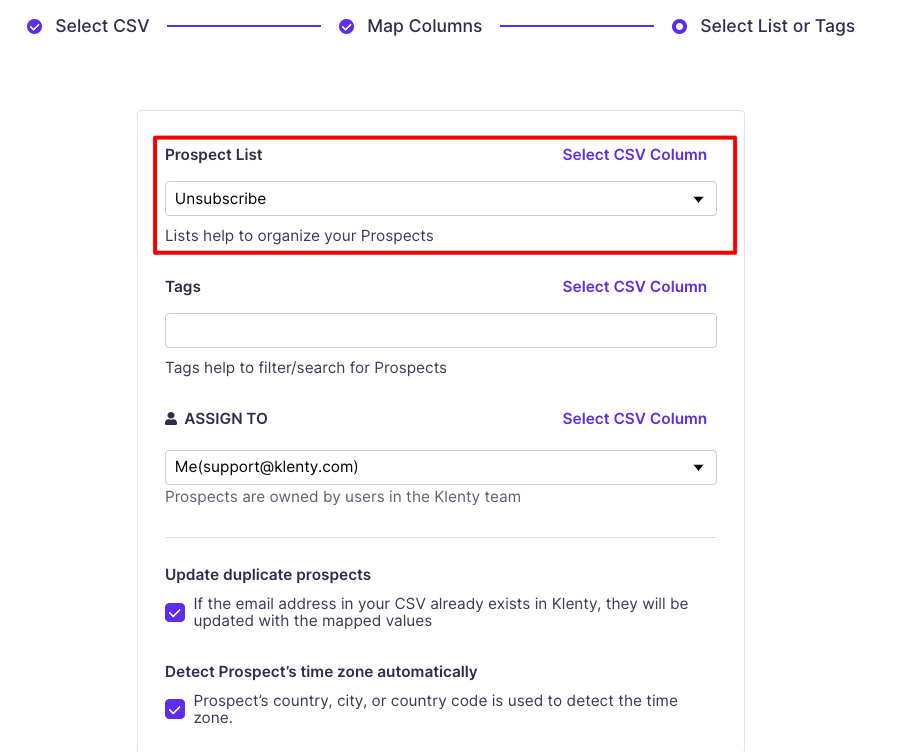 Now, you have all the "Unsubscribed" prospects in a separate list in Klenty.

With this, you have filtered the list of prospects that are to be unsubscribed. 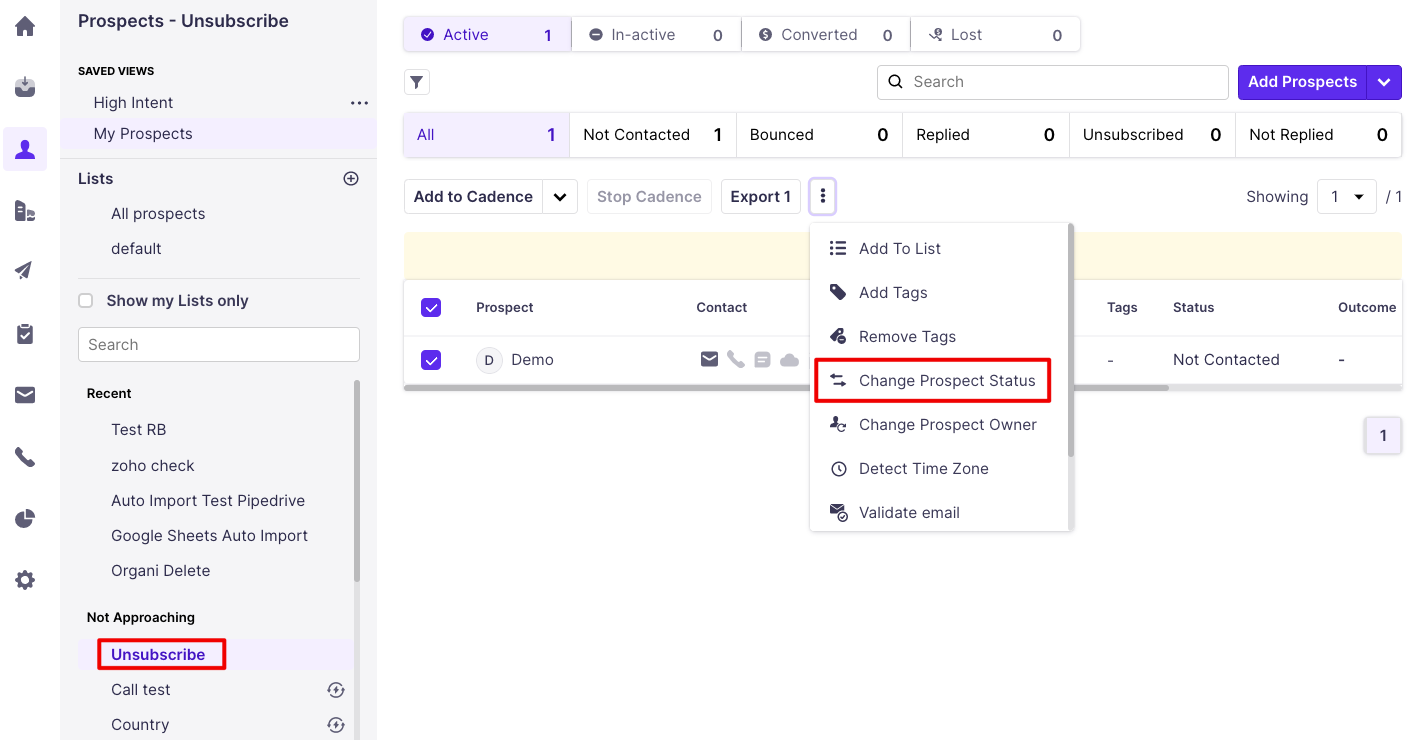 You have two options now - "Unsubscribed" and "Do Not Contact."

When you change a prospect's status to either "Unsubscribed" or "Do Not Contact," - Klenty will never email them.

But here's the difference between the two:

Select a status that suits you and hit "Change."

That's about it. You have blacklisted these prospects in Klenty.